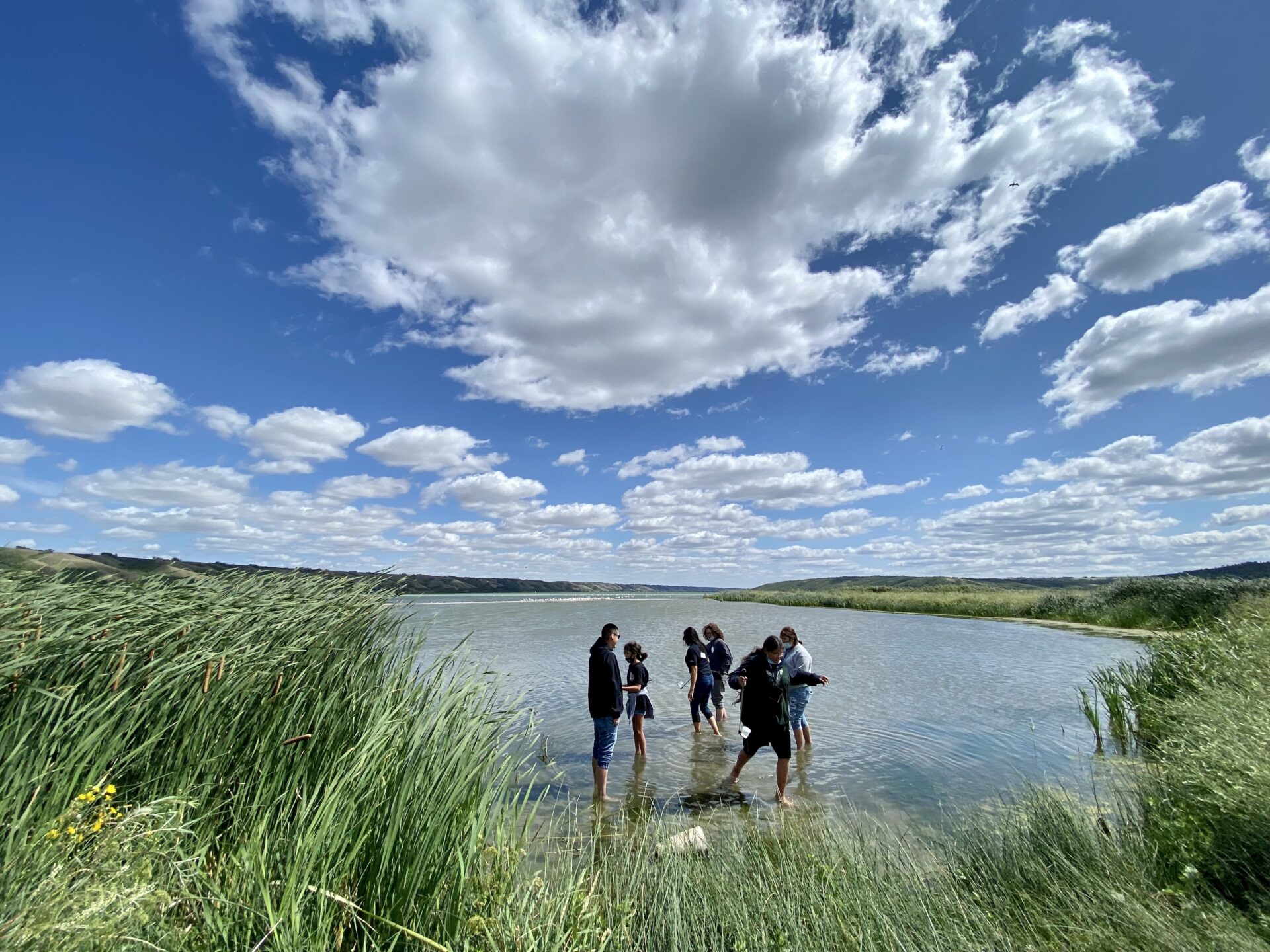 In August, our summer student Erin had the opportunity to assist with an Indigenous youth science camp held in the Qu’appelle Valley, SK. Read her latest blog issue to find out more!

This August, a science camp for Indigenous youth was held at the Treaty 4 Governance Centre in Fort Qu’appelle, Saskatchewan. This camp was a shared partnership between First Nations University of Canada, University of Regina’s Faculty of Science, FHQTC (File Hills Qu’appelle Tribal Council) and IPHRC (Indigenous Peoples’ Health Research Centre). The camp ran between August 9-10, August 12-13 and August 16-17 for youth ages 12-14 and 15-18. Funding was graciously provided through Natural Sciences and Engineering Research Council (NSERC).

The camp was centred around Two Eyed Seeing, a multi-perspective approach that weaves Indigenous knowledge in with western concepts. Indigenous peoples in Saskatchewan and across Turtle Island have a deep connection to land and water – water is life. As such, it is especially important to the cultural and spiritual well-being of communities, both past and present!

The aim of the camp was to provide youth with a blend of cultural and scientific tools to inspire their education and careers paths. Along with coding and computer programming taught by Doug Farenick (University of Regina), camp attendees learned about traditional and scientific methods for monitoring water quality. This is where Water Rangers comes in! The campers used Freshwater Explorer testkits to collect water samples, take measurements, and log data. As a result, each youth got to be an active participant in water testing.

A wealth of knowledge

The water testing was a huge hit with the kids! Environmental engineer-in-training Darlynn Lavallee (Piapot First Nation) provided a wealth of cultural and scientific information about the Qu’appelle Valley, water, and climate change. In addition, Darlynn and myself taught everyone how to use the Water Rangers kits and Vincent Ziffle (First Nations University of Canada) taught the kids about the chemistry behind pH, conductivity and other parameters we test for. I have to say, I think I met some environmental scientists in the making!

On top of that, Mel Hart (University of Regina) created reference guides of native and invasive plant species found nearby. Armed with knowledge, the kids set off to identify as many species as possible. In future years, the camp could be enriched by a Traditional Knowledge Keeper with an expertise in plants. This is yet another area that holds so much potential.

After the camp, all the kits went to the communities of the camp attendees. In this way, the kits remain a tool that communities can use to monitor their bodies of water.

I’m very thankful I was able to participate in the camp’s execution and to help teach the youth about water quality. As a biology student, I recognize that I have a massive knowledge gap when it comes to Indigenous perspectives of the natural world. To say I learned a lot from the Indigenous education experts and the youth themselves is an understatement!